Down by the River’s Side By Ross I. MacCallum

...I think that the river
Is a strong brown god-sullen, untamed and intractable, Patient to some degree, at first recognized as a frontier; Useful, untrustworthy, as a conveyor of commerce; The only a problem of confronting the builder of bridges. The problem once solved, the brown god is almost forgotten By dwellers in cities-ever, however, implacable, Keeping his seasons and rages, destroyer, reminder Of what men choose to forget. Unhonoured, unpropitiated By worshippers of the machine, but waiting, watching and waiting.

T. S. Eliot
The Dry Salvages
Exept from back of book.

New Voices on the Shores

More than two centuries ago, German-speaking immigrants settled along the Petitcodiac River in New Brunswick. Names like Lutes(Lutz), Ricker, Somers/Summers (Sommer), Steeves (Stieff), Trites (Treitz), and Wortman (n) are testimony to the “quiet, stubborn pioneer effort and active participation in the opening up of ... New Brunswick,” which seems all but forgotton today. The experiences in their central European home, which “pushed” them to America, also helped shape their futures among the New English planters, Yorkshire Settlers, and later Loyalists, many of whom were also of German origin. Their descendatns spead not only throughout the Maritimes region and beyond, but played a role in Canadian confederation.

Exerpt from back of book.

The Settlers of Monckton Township

The Story of the Permanent Settlers 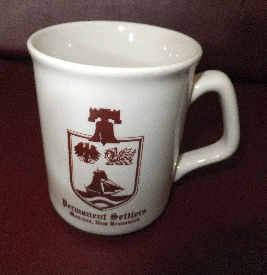